An Introduction to GMO’s 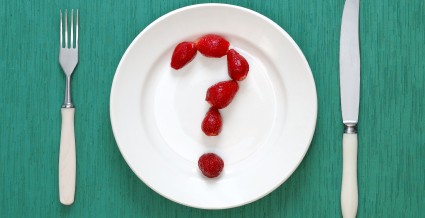 A genetically-modified organism, or “GMO”, as they are commonly known, is created when the genes of a plant or animal are altered by the inclusion of a gene for a desirable trait from another species of living organism, bacteria, or virus. This results in a change being made to the DNA of the new plant, animal, or organism. GMOs are created in a laboratory and include combinations of plants and animals that would not typically occur in nature.

The reasons for creating GMOs vary. Currently most of the GMOs being used in the United States fall into one of three categories: disease resistant, herbicide tolerant, or insect resistant. Disease resistant GMOs have been altered to allow the crops to resist diseases which might be introduced by insects or viruses. Crops which have been genetically-modified to be herbicide tolerant are able to withstand the chemical spraying done to control weeds without damaging the fruits or vegetables. Finally, insect resistant GMOs have the ability to create a toxin which will kill pests but is said to be safe for human consumption.

While GMO usage is widespread much controversy remains about their safety. Some people fear that long term exposure to GMOs may cause allergies or other health concerns in people. They believe more testing is needed to better grasp the possible impact on people’s health from consuming GMOs. There are also questions about the environmental impact of farming GMOs as crops that are non-GMO can be easily contaminated by GMO crops. Those are just a couple of concerns in the debate over GMOs.

While there has been much discussion and debate about whether or not products containing GMOs should be labeled, to date there are no plans for mandatory labeling. Currently the only way to ensure that something does not contain GMOs is to buy products that are certified by the USDA as organic or those that have been verified by the Non-GMO Project.  Using the search feature on greenestbeans.com will return those non-GMO products to you. We will be taking a more in-depth look at GMOs in a future blog entry.